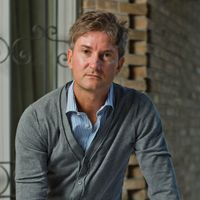 Villa La Filanda, a former silk factory directly on Lake Como, is a unique property. It is located in Brienno, a small village on Lake Como with Celtic origins.

La Filanda has an interesting history and special charm compared to other beautiful properties on the Lake. It is an ancient spinning mill, which in the 1960s was transformed into a tasteful and exclusive villa by the Mantero family, a dynasty owning one of the most important silk companies in the world.

The oldest parts of the property date back to the end of the 17th century and is shown on...

maps from 1720. The current building was built between 1847 and 1860. La Filanda produced silk threads from 1860 to 1932. From the private jetty the goods used to be loaded on large sailing boats called Comballi, and from there they were transported to the port of Como.

The huge, open space room at the first floor, deliberately kept intact during the renovation, was the place where women used to extract the precious thread from silkworms. On the ground floor the rooms of the villa face the porch and garden overlooking the lake. These rooms used to host the boiler of the factory and are connected to the high chimney (still working), and other factory rooms. Today they make up a unique residential unit with two living rooms, kitchen, dining room, three bedrooms and three bathrooms.

A large, modern elevator at street level connects the villa with another spacious, adjoining building. It is the former dwellings of the workers. This beautiful, ancient building with its balconies facing the picturesque small pier of the village, was recently refurbished and divided into ten independent apartments with all modern facilities generating income through short time rentals.

This building, together with the main villa, turns the whole complex into a small “village” in the historic center of Brienno and offers potential for the internal areas in a a way almost impossible for most properties with a more classic structure.

A unique property on the western shore of one of the most beautiful and famous places in the world: Lake Como. Lake Como, also called Lario, is the favourite destination of European and Italian nobility, who since 1500 has embellished its shores with lush landscaping and parks. The presence of grand luxury hotels has attracted great personalities on the lake. Its beauty has always enchanted many characters of culture, art and music. Also, thanks to the presence of great actors in Hollywood (La Filanda is less than two kilometers from George Clooney’s property), Lake Como has constantly a prominent position in media and magazines all over the world. 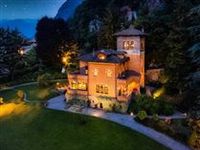 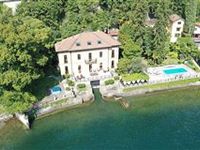 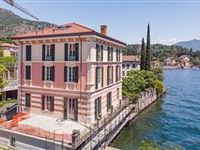 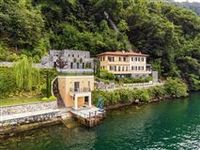 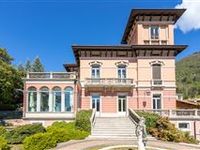 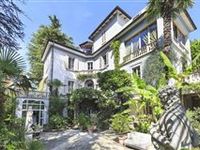 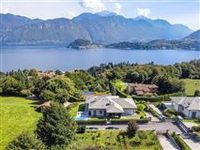 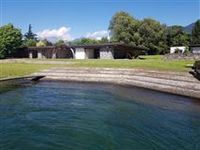