An important house standing in its own splendid parkland.

Charlton Place is at least eight centuries old. The first mention of it is in 1240, but it is likely to have been established by the time the manor of Bishopsbourne was acquired by the Archbishop of Canterbury in 811. The Tudor core of the present house was built around 1580 by James Herringe, a wealthy local yeoman. In 1636 the estate was bought by the Aucher family, who had acquired the rest of the manor of Bishopsbourne at the Reformation. By 1800 it belonged to the Foote family, who added...

the Regency facade and the west wing containing the magnificent first floor ballroom. The east wing was added in the 1840s by General Sir Frederick Mulcaster. It is likely that Caesar watered his cavalry in the Nailbourne (then a permanent river; now a winterbourne) in the area of Charlton Park after his first battle against the Britons on Barham Down in July 54 BC. During the Civil War in the 1640s, the then owner Sir Anthony Aucher spent time in the Tower of London for having been on the wrong (Royalist) side, an experience that probably explains why, when building the Dower House around 1680, he constructed the secret escape tunnel connecting it to the house.

The ballroom was built around 1810 by Robert Foote to entertain the Prince Regent and his mistress Elizabeth, Countess Conyngham. A story persists that at one ball, a drunken ADC jumped his horse out of a ballroom window, killing both. Jane Austen probably visited the house; she was close to Robert’s uncle, Admiral Sir Edward Foote, Captain of the Royal Yacht, who used the house as his country home and probably introduced Robert to the Prince. She was also great friends with Robert’s cousins, the 5 daughters of John and Eleanor Foote of London, who frequently stayed at the house.

During World War II, Charlton Place was requisitioned for the unit responsible for the long-range “Boche-Buster” anti-invasion gun mounted on a railcar on the line that then ran behind the house, which of course was never needed.

For 20 years after the war, it was a Dr Barnardo’s home; several people who were children then appear from time to time to share happy memories.

Charlton Place A fine Grade II* listed mansion set in wonderfully maintained grounds. The house sits proudly amongst mature parkland dotted with fine specimen trees and is known as Chalrton Park. A splendid wood panelled entrance hall with large open fire, welcomes you into the body of the house, off which lies a morning room and drawing room. Beyond the hall is the substantial kitchen/family room with ceiling height windows creating a wonderful light space with seating areas at both ends by open fires, with a central kitchen with an AGA and a dining area in the bay. To the rear of the ground floor are the farm office, library, cloakrooms and a fully operational commercial kitchen. Substantial cellars, including 2 wine cellars, lie under most of the ground floor.

On the first floor are six extremely comfortable bedroom suites, and two further bedrooms and a kitchen. Also on the first floor is the ballroom, an imposing 40ft room with large bay window and fine piped plaster mouldings. A wood burning stove gives wonderful warmth to this splendid room which overlooks the mixed borders, woods and parkland beyond. On the second floor are four further bedrooms, two bathrooms, a kitchen, water tank store room and further store rooms.

This property has 129 acres of land.

A selection of outbuildings surround the house, providing wood stores and storage for garden and swimming pool maintenance equipment. There is a squash court with viewing platform and also a large modern barn useful for additional storage.

A swimming pool lies in a protected position to the rear of the house encircled by a walled terrace above which the rear lawn rises, edged by wide mixed borders. There are level lawns to the side and front of the house, including the Croquet Lawn, with ample space for a helicopter landing pad. The Snowdrop Wood lies to the West sheltering the hard tennis court. The Estate has its own cricket pitch which is home to The Exiles Cricket Club.

Beyond the lawns lies the park, which is interspersed by fine specimen trees and bordered by small blocks of woodland. The land is currently farmed in hand, grazed by sheep belonging to the vendor. There is water to all the fields. The Nailbourne sometimes flows, reputedly every seventh year, through the centre of the park and forms a natural lake from time to time. In all there are about 98 acres of grassland, including the cricket pitch, and 25 acres of woodland. 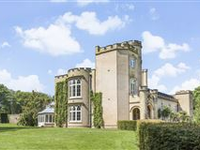 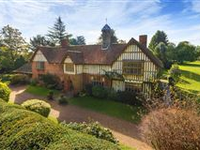 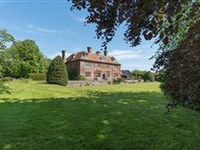 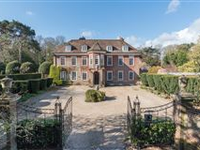 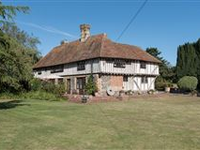 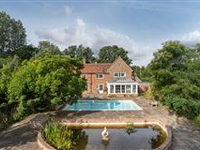 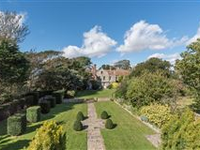 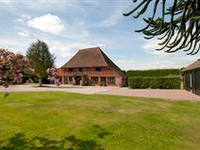