A Substantial Bungalow, With Great Potential, Enjoying A Rural Feel

In the Manor grounds, a substantial bungalow, with great potential, enjoying a rural feel albeit in the historic heart of this sought-after village

Set well back from the High Street and hidden from the village behind dense trees, The Bungalow stands on its own acre in the grounds of The Manor (a Listed Building dating from 1492). The Bungalow was designed in...

1993 for the owner’s grandchildren to grow up in the open air with plenty of independence and to develop a love of nature. It looks south across a former orchard that is now grassland and scrub uncultivated for the last sixty years - a haven for wildlife including deer. High old trees mark the border to arable fields beyond. Each of the four bedrooms catches the morning sun, and the sitting room in the south corner catches the afternoon sun as well. The Bungalow will be reached from the High Street by its own private drive. It covers almost 2000 square feet and has much potential for extension/alteration, subject to the usual consents. South of that pink area lie a further 1.75 acres (coloured green) available for sale by separate negotiation. The Manor and the rest of its grounds have been in one ownership since 1966 and are not for sale.

The property sits well in its plot, which is a mature landscape having a number of lovely trees. The site backs onto open farmland. In all about one acre with an additional 1.75 acres available by separate negotiation. 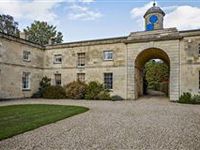 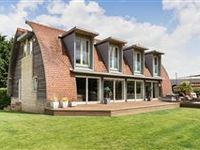 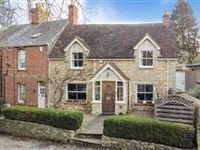