Jewel In The Crown - Penthouse In Historic Landmark

Jewel in The Crown, the top floor of historic landmark liberty tower.

This penthouse spans the entire 32nd floor, 1,700 gross square feet, with a dozen windows and Southern, Western and Eastern exposures under eleven foot vaulted ceilings in rooms that have the dramatic slopes of a garret. Views of the Hudson and East rivers and the Wall Street Canyon are spectacular, and at eye-level right outside each window are large sculptures of falcons, lions and fleur-de-lis that decorate the top of the building. The foyer opens onto an expansive living room (30 feet x 26 feet) featuring a wood-burning fireplace, nooks,...

office, and home theater. The kitchen opens onto a dining room suited for both daily and formal gatherings. The primary bedroom has a distinctive closet system and a double-vanity bathroom with a combination bathtub and shower. A second bedroom (currently a library) has a bathroom with a glass-enclosed shower. Beautiful hardwood and marble flooring runs throughout. There is a central HVAC system as well as a washer and dryer. The maintenance is over 60% tax-deductible and includes gas, water, and heat.

Liberty Tower is pet-friendly, and staff includes 24-hour doormen, porters, and a live-in superintendent. The side entrance on Liberty Place allows convenient loading and unloading from your car. The building is zoned for district 2, Spruce Street School (PS 397, Pre-K through 8th grade). Designed by Henry Ives Cobb, Liberty Tower was upon its completion in 1910 "one of only a handful of skyscrapers," according to The New York Times. "Its striking Gothic style, the centuries-old inspiration for cathedral spires that reach into the sky to approach the divine, is central to the tower's romantic appeal," and the terra-cotta facade is richly adorned with birds, alligators, flowers and gargoyles.

Designated a city landmark in 1982 and added the following year to the National Register of Historic Places, the building also received a preservation award from the New York Landmarks Conservancy in 2010. Neighborhood amenities include dining and shopping at the Oculus, Eataly, Brookfield Place and the redesigned South Street Seaport. Many subway lines at the Fulton Center and the WTC Path station are moments away. 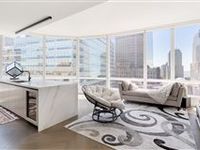 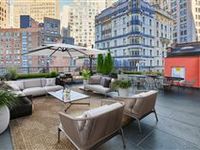 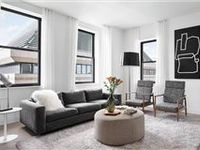 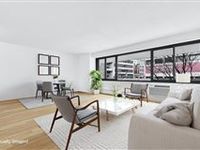