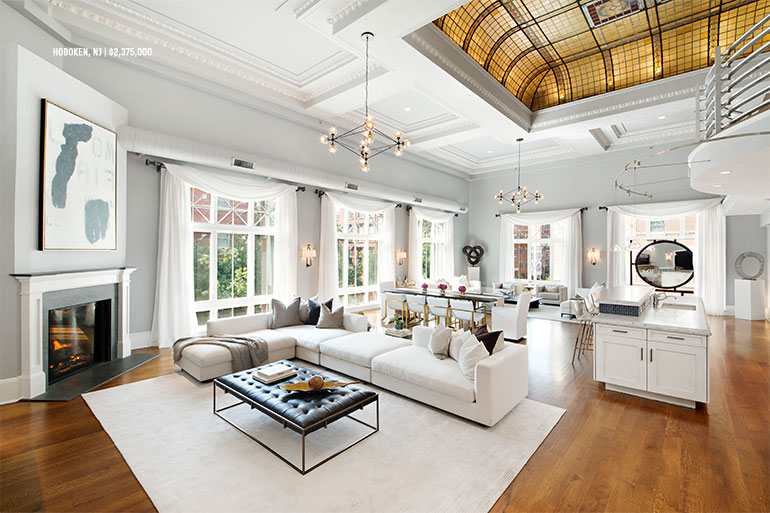 The Rise of The New Aristocracy

As we look forward, to the future of luxury real estate, we see substantial differences in the needs and desires of the buyers of tomorrow and today’s luxury consumer. Personal wealth among the affluent has grown significantly, leaving the wealthy to not only benefit from the fruits of their labor, but to also pass the bounty on to their children.

In our most recent whitepaper titled “The Rise of The New Aristocracy” authored in partnership with luxury consumer researcher, YouGov, we found that most buyers between the ages of 25-49 who are looking to purchase $1 million-plus homes within the next three years have inherited or plan to inherit sizable wealth. This group, who we have named “The New Aristocracy,” is setting the tone for the future of luxury real estate and favoring features that cater to their growing families and privacy concerns.

In contrast, their veteran counter parts who we have deemed the “Luxury Loyalists” have varying specifications that cater to their lifestyle; These consumers, who are 50 years old-and-over, are looking to downsize and simplify their lives with homes with less square-footage and economizing features in the coming years.

In our latest study, we dive deep into the preferences of these two groups to decipher the desires of the luxury buyer of the future.

The group we refer to as The New Aristocracy are high-net-worth consumers aged 25–49, who consist of both Millennials and the younger portion of Generation X. This group will ultimately be larger in number and greater in economic power than the wealthy in the gilded age of the Rockefellers. Beyond that, they will have a lifetime of experience living a luxury lifestyle, as they are the children of the very wealthy. Their experience with fine real estate, fashion, travel and several other categories has made them savvy consumers with many demands.

The New Aristocracy is more likely to have grown up in affluent and wealthy families and stands to inherit about $4 million on average with 58% expecting to inherit more than $1 million. Interestingly, this is a largely U.S. phenomenon, as most wealth worldwide has been earned in the lifetime of the individual rather than inherited.

What Does It Mean for Real Estate?

Younger buyers who have grown up with wealth have greater exposure to luxury, are more educated and aware of their likes and dislikes. They know brands, they demand quality and they are familiar with real estate. Inheritance is often a financial windfall that helps with down payments or enables buyers to purchase with cash. Between 2011 and 2014 the transfer of million-dollar-plus gifts increased by a factor of 20 compared to 2007–2010 (which was in line with historical norms). As a result, half a trillion dollars—in million-dollar gifts—have been transferred already and it is only the beginning.

The New Aristocracy is looking to spend at least $1 million in the next one to three years and is primarily looking to reside in an urban area. With their growing families and potential plans to live with multiple generations under the same roof, these younger buyers’ need for greater square footage makes sense: over half (53%) are looking for something over 7,500 square feet, and a surprisingly large percentage of buyers are looking at 20,000 square feet or more.

In terms of home styles, this group has mixed tastes. While Modern continues to grow in popularity, classical styles such as Victorian, Tudor and Brick Georgian homes are just as popular among this group. These buyers favor classic styles that house modern amenities such as smart home capabilities and state of the art security systems. The exterior of the home will cater to their desire to blend in with other homes in a traditional affluent neighborhood while modern amenities will allow them to control the home with the push of a button and ensure security for themselves and their growing families.

Luxury Loyalists are high-net-worth consumers over 50-years-old who are in the market to buy a personal residence for $1 million or more within the next 3 years. These are the traditional luxury home buyers who have historically made up the bulk of luxury consumption in the world. These buyers are now at a stage where their priorities are shifting from raising a family to preparing for the next chapter in life.

Transferring Assets to the Next Generation

Luxury Loyalists want to see the money that they pass down to the next generation to be a source of joy for their heirs. This means heirs have a chance to live with a portion of their inheritance while the earner is still alive. These benefactors can teach and guide their heirs before much of the estate is passed on. More Millennials expect to inherit, compared to Gen X and the Baby Boomers, and they stand to inherit more money overall than the previous generation.

What Does It Mean for Real Estate?

Luxury Loyalists are thinking long term. They want to ensure their family is well protected financially and focus on adding quality to their lives for the years to come. Families have crafted a moat (primarily of cash) that protects their castles and their peace of mind. These buyers are seeking to simplify their lives, as they no longer have a need for large homes for multiple family members. Smaller homes with sustainable features are favored over large spaces that require regular maintenance.

Luxury Loyalists who plan to spend at least $1 million on real estate in the next one to three years, tend to be in the market for a home in the suburbs under 5,000 square feet, with fewer beds and bathrooms.

These buyers are seeking contemporary and modern homes as way to simplify their lives with less square footage and sustainable features. Mediterranean homes are also in demand as the allure of southern European design remains strong with the generation who grew up romanticizing the region through movies, food and travel. One-fifth of Luxury Loyalists are also considering moving to more compact spaces due to the efficiency, security and ample amenities offered by a large building of condominiums or apartments.

The million-plus homebuyer of the future is looking for a private, secure area they can call home. In fact, they are seeking this sense of security in all parts of their life. For the Luxury Loyalists, the home is all about comfort: security, relaxation and privacy are top emotions associated with the home. A strong sense of accomplishment comes with it. The New Aristocracy feels this comfort as well, but they add feelings of intelligence, sophistication and excitement when thinking of their home. For them, it reflects who they are as people as much as it is a place to live.

All charts are exerpted from our latest whitepaper The Rise of the New Aristocracy. To dowload the whitepaper in its entirety visit luxuryportfolio.com/whitepaper.