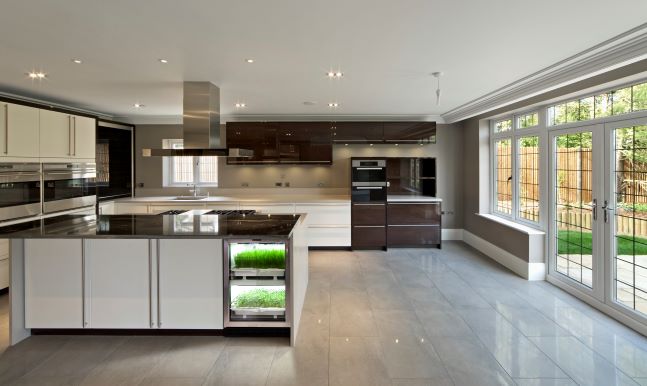 Rather than being instantly propagated by viral memes, most trends gain momentum slowly, sometimes taking years to gain widespread adoption. For kitchens and residences, the first signs of change often surface in concept homes which are often indicators of what’s ahead in the home, design and shelter space.

This year is all about green, and how individuals are incorporating green design and features in to their homes. One of the concept homes built and designed for Design and Construction Week 2019, a ranch in downtown Las Vegas, featured a butler’s pantry/back kitchen that included an appliance designed to grow herbs and microgreens inside the home. Another concept house was developed to promote wellness and included a green wall adjacent to the kitchen to enhance air quality and provided a space to grow fresh food. With grow walls becoming more prominent in the shelter space, we may see this trend make its way from concept homes to high-end kitchens across the globe. 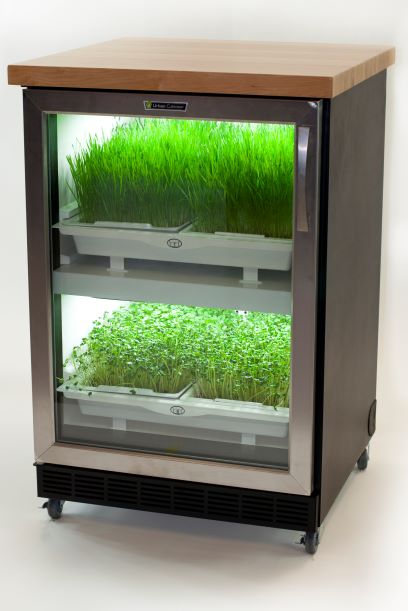 The New Farm to Table

In kitchens today, there is an emphasis on wellness and healthy living that extends beyond simply buying items that are unprocessed, extending to preparation, storage and even in-home food production. All of which gives new meaning to the term “farm to table.”

The tipping point may be well in the future, but a growing interest in organic, fresh and responsibly produced food is expected to create more change in kitchens over the next few years.  It’s easy to see indications in the marketplace already, from concepts at design shows to new appliances. Along with the Urban Cultivator, an undercounter appliance introduced for residences in 2015 that can grow herbs, microgreens, vegetables, and flowers for residences and commercial kitchens, the New American Remodeled Home, showcased at the National Association of Home Builders’ 2019 trade show, featured other opportunities for gardens and growing including fruit trees surrounding the perimeter of a rear yard, turning it into an orchard and an artfully designed chicken coop.

“Wellness is the new luxury,” says Mary Jo Peterson, an award-winning author, educator, designer and president of Mary Jo Peterson, Inc. Wellness might be on the verge of being another overused catchphrase, but Peterson says, “There is genuine concern about the health of food in the kitchen.”

From Concept to Kitchen

Greenery was very much in evidence at the last EuroCucina, a biannual kitchen trade show in Milan. In part, this is a nod to biophilia, the integration of nature into interiors and designs, but several exhibitors also edged into the food production arena. In a forward-looking exhibit focused on the kitchen of the future, Electrolux featured Air Garden, a ventilation fan that incorporated space to grow herbs. Other exhibits showcased options for open shelving or floating shelves configured for plants. “We all know that plants contribute highly to our wellbeing,” says Stephanie Pierce, director of design and trends at MasterBrand Cabinets, who sees the desire to include kitchen gardens and growing food at home as an important microtrend, but one not driving the mass market.

Consumers are still reticent about the practicality of growing food at home, according to kitchen designers, even though green walls and biophilic design garner quite a bit of interest. “I think it's a big micro trend, meaning it's well-known and it's not something that you have to look very hard to find or to see. But I don't think it's widely utilized, because I think there is some reservation from a lot of people about whether they have the capability to grow things,” explains Pierce.

The Urban Cultivator, which was piloted as a commercial appliance and is used by the Four Seasons and Fairmont hotels as well as Microsoft, Google and Martha Stewart, attempts to bypass these reservations with automatic cycles for watering and grow lights — both integrated into the appliance.

Also emerging is the notion of the Wellness Kitchen, and a green kitchen is only part of the broader vision. “If you want to talk about total design in the kitchen, you have to pay attention to a lot of things including social aspects as well as acoustics, light, water, air quality and other factors”, says Peterson.

In the most forward-looking vision, the Wellness Kitchen completely revises any current notions of cooking and storage, according to Veronica Schreibeis, chair of the Global Wellness Institute’s Wellness Architecture Initiative and a leading proponent of the Wellness Kitchen. Ultimately food storage would incorporate attention to climate and temperature as more space is devoted to dormant and fresh living foods.

Appliance manufacturers are also focusing on better food preservation, according to Peterson, and the desire to keep food at its peak, is fueling innovation. This year, Perlick, a leader in bar and beverage systems, introduced a column refrigerator with an innovative preservation system in four separate, temperature zones that includes humidity monitoring. Unlike traditional models, Perlick electronically monitors the humidity in the produce bin, since produce loses water as it ages. The unit is equipped with the intelligence to push moisture back into the compartment to maintain the freshness of leafy greens and other produce prone to wilting. Additionally, the unit has a filtration system that removes odors and scrubs the air of ethylene gas, which accelerates the ripening of some delicate vegetables.

In some areas of the world, a composting appliance is becoming a must-have for high-end consumers and mainstream manufacturers are beginning to take notice. Two years ago, Whirlpool introduced an appliance that turns a week’s worth of food waste from an average family, including meat and dairy, into fertilizer that can be spread on plants in as little as 24 hours. The countertop-height unit is self-contained and includes an app for remote operations.

Trends for homes often start in the high-end and trickle down, but Peterson sees strong proponents for organic and fresh among Millennials. “It’s a trend that is being absorbed up,” she says.  In itself this might indicate a new path in the world.

Add small at the end:

To find out more about the products mentioned, check out the article in its entirety in Luxury Portfolio Magazine.